The homepage of Chris Parlette

The World Records for Rainbow Cube

Technically, I hold 2 twisty puzzle world records. I say "technically" because it's no longer an official event at speedcube competitions, and was only an event at one competition because I asked if we could do it, so there were only 4 competitors. I got the fastest single-solve time on a Rainbow Cube of 10.2 seconds, and also got the best mean-of-3 time on the Rainbow Cube of 14.32 seconds.

Since it was removed as an official event in the 2007 World Cube Association regulations, I think my record is safe! Although, due to this removal, it's not listed on my official WCA profile page. 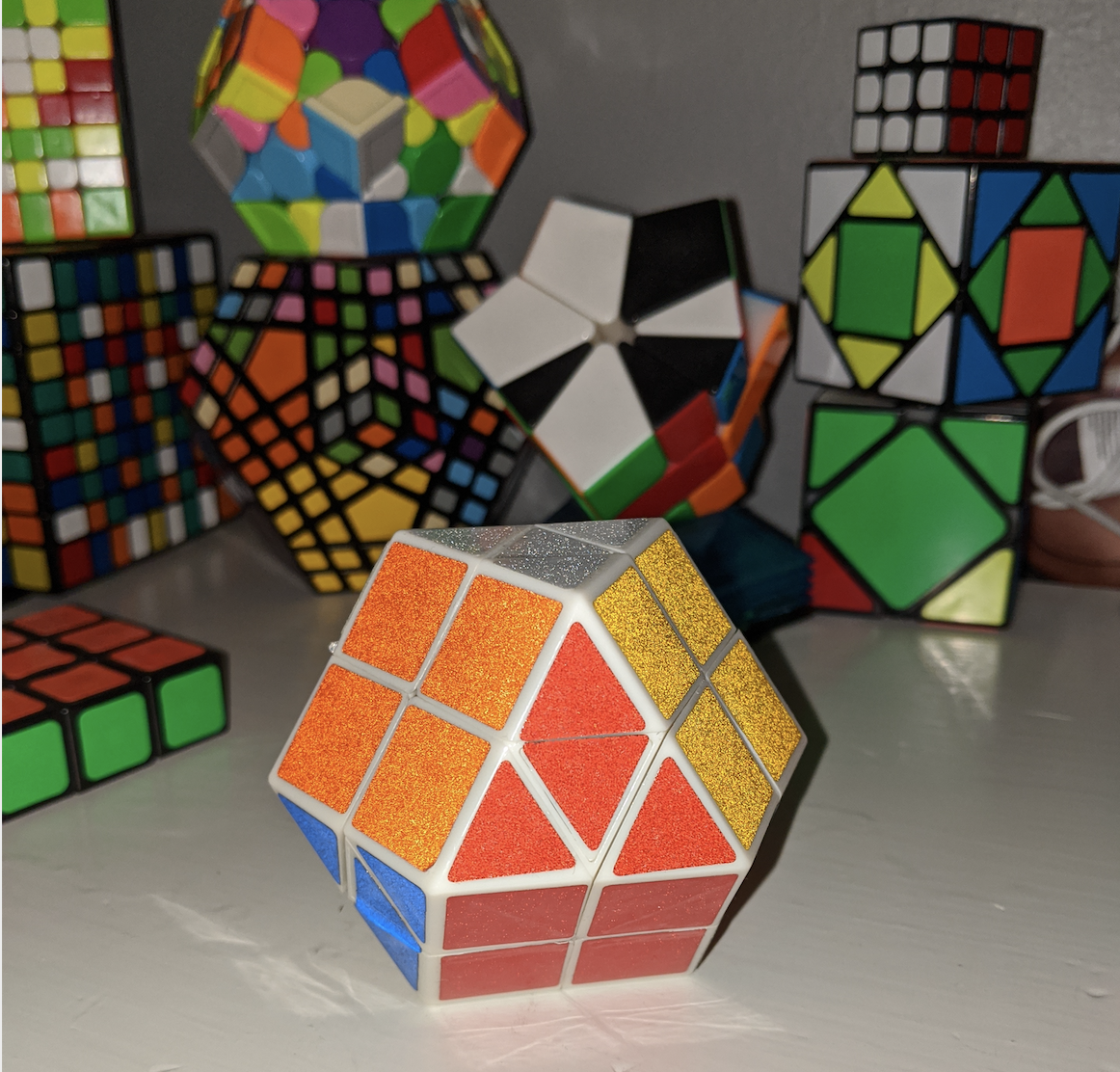 The Rainbow Cube is a 14-sided twisty puzzle in the shape of a cubeoctohedron, which means it is a cube where the 8 corners have been cut off. The 6 "sides" of the cube have 4 square stickers each, while the 8 "corners" that have been cut off have 4 triangular stickers on each. Despite the seemingly large number of stickers, there's only 12 moving pieces. The triangular sides have non-moving center pieces that determine the color of that side, and solving those triangular sides will mean the whole puzzle is solved.

My History with the Rainbow Cube

I received a Rainbow Cube from my parents for Christmas in 2003. I had never heard of it or seen it before, but I was in full cube craze since learning how to solve a Rubik's Cube in 2002. Since it wasn't one of the "major" twisty puzzles, there wasn't much information about it online. I remember not wanting to mess it up until I had figured out how it worked, but my brother took it and scrambled it. I was mad at first, but surprised that I was able to figure it out by that evening. My parents were disappointed that it only took me a day to figure it out as they thought a 14-sided puzzle would be much harder than a 6-sided puzzle.

I, however, was not disappointed, as this was the first puzzle I ever solved by myself with no instructions or help or guides. I had learned algorithms and methods for all other puzzles I had up to that point, so this was a major personal victory for me. To this day, I still solve it "intuitively", in that I don't really have algorithms I use. My biggest benefit came from realizing that I only had to solve 3 of the triangle sides in order to complete the entire puzzle, so that helped evolve my method.

During that time period from 2002-2009ish, there was a site at speedcubing.com that was the hub for all things cubing. Since there weren't many official competitions around this time, most cube enthusiasts would submit their unofficial times to the site for ranking. There were all sorts of unofficial categories, like underwater solving, blindfolded, one in each hand, or even team-solving. They also had almost any other twisty puzzle available, so I always submitted my single solves and averages of 10. My personal best times at home were a single solve of 9.62 seconds on July 15, 2004 and an average of 10 solves of 14.06 seconds on June 15, 2004.

My only Rainbow Cube was unintentionally "stolen" from an event I was helping at in 2008. A company was having an event with a giveaway being branded Rubik's Cubes, so they asked me to stand at the table with the cubes and talk about cubes and solve them for attendees. I had a bunch of my personal cubes out on the table, and at one point someone took my Rainbow Cube, thinking it was a giveaway cube. I did eventually find a replacement online from a store in China, but someone out there has a piece of history and might not know it!

The very first competition I went to was at the Horace Mann School in New York. Prior to this competition, there were semi-regular competitions in California and there had been a couple of World Championships, but there really wasn't anything on the East Coast. Ian Winokur taught math at the school, so he was organizing this competition in the school auditorium at the end of the school year.

The World Cube Association existed at this point, but it was still early in it's regulations, so each competition had a lot of flexibility. I asked Ian before the competition if we could do the Rainbow Cube there, and he agreed as long as we opened it up to other competitors to try to get a few interested, and if we kept it to 3 solves each (instead of a mean of 5 like other puzzles). In the end, 3 other competitorss signed up with me, which was actually quite a lot considering there were are total of 32 competitors. 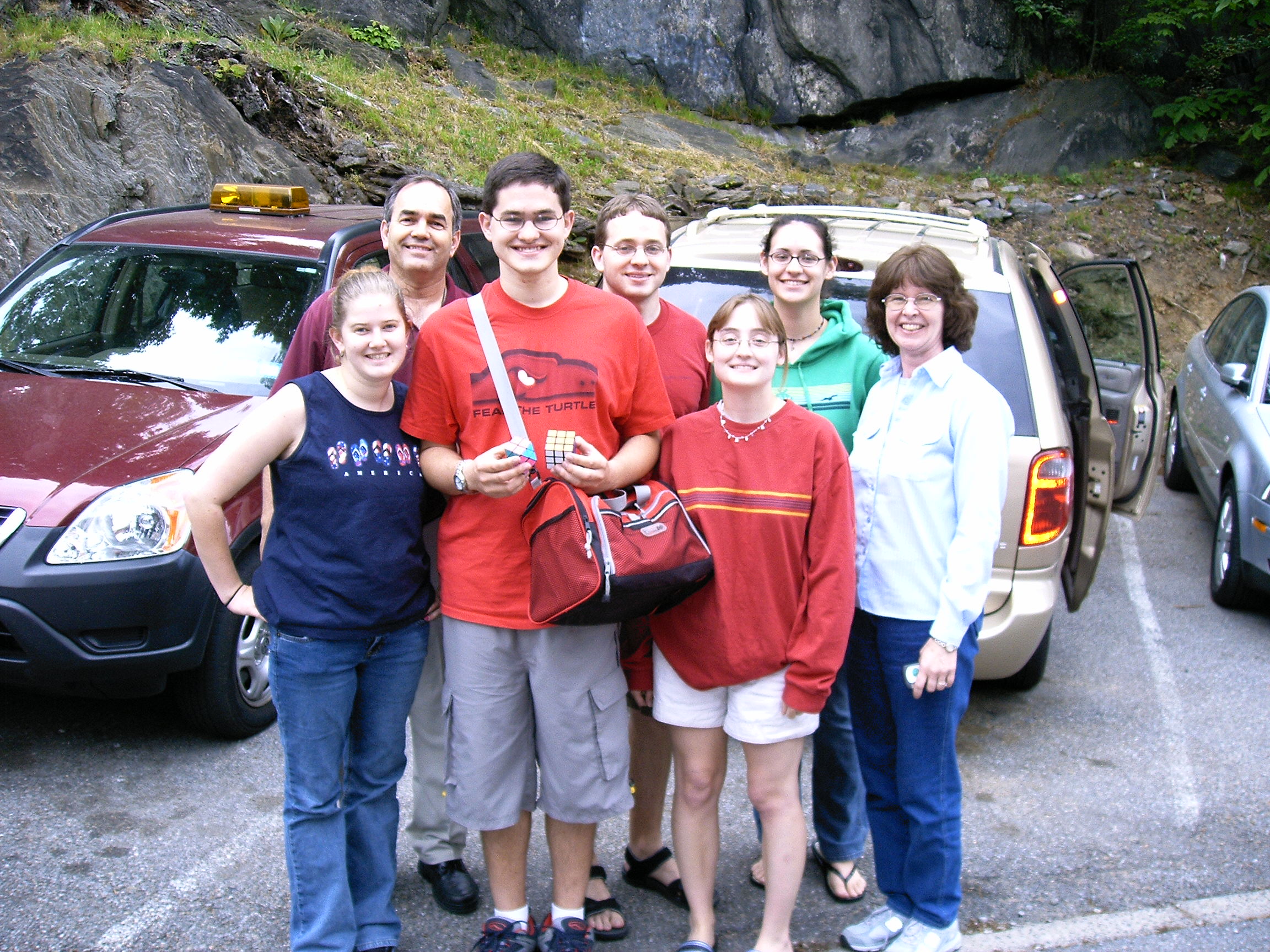 My family piled in our minivan and drove up to New York from Maryland the morning of the competition. My sister made a sign that said "Don't Pop" which I thought was hilarious because one of my biggest fears was having a piece pop out mid-solve to ruin my attempt. My first 3x3x3 solve was sub-30 seconds, so I was immediately considering my entire trip a success from a cubing perspective.

For the Rainbow Cube event, all 4 competitors used my cube, since no one else had one. There also weren't any official scrambles, so Ian just scrambled by hand until it looked mixed up. To this day, I'm grateful that Ian let us have some random events mixed in with the more standard events, as it means I technically hold 2 world records and I was able to solve a Rainbow Cube in competition.